After Many Seasons of Suffering, Light Appears

Some days the stars align, and you know, not just hope, that God is in control.  That happened to my family today.  My sister, my mom and I have had hundreds of medical appointments over the last four years for treating breast cancer in all three of us. We have separately and together driven thousands of miles to commute to our cancer center in Ann Arbor, Michigan.  But on October 20, 2015, it culminated in six medical appointments within a few minutes of each other at the University of Michigan Comprehensive Cancer Center.  You couldn’t have planned it that way if you tried.  Some of the appointments had been made a year previously long before my sister’s diagnosis in March, 2015.

At 11 am, my sister, Diann, was receiving her sixteenth and final chemotherapy for Stage 3 breast cancer in the chemo infusion area after 5 grueling months, my mom was in an exam room for her 6 month check-up for Stage 1 Breast Cancer with Megan, our Physician’s Assistant, and I sat in another exam room with my (our) trusted Oncologist, Dr. Daniel Hayes for my semi-annual checkup which included a yearly mammogram.

The circumstances that led up to all of that happening at precisely 11 am at a busy cancer center were mind boggling.  None of it was planned as my sister had her last chemo postponed one week because she had the flu on an earlier infusion date.  My mammogram had been scheduled a year out and ended up being several weeks later than it should have been.  Mom’s checkup was changed and her appointment had been made 6 months earlier.  None of us realized that all of this was happening on one day and time until a few days prior to the appointments.

As we were leaving Diann’s house at 7:00 am in the pitch dark, Diann’s neighbor was out walking her dog with her sister who was visiting from out-of-town.  Her neighbor, also a cancer survivor, told Diann her entire church had been praying for her.  Then her neighbor introduced her sister to Diann.  Her sister’s name was “Joy.” 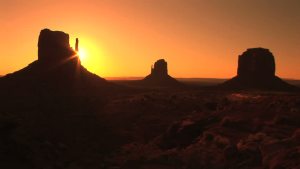 After arriving at the cancer center, Diann and mom went to blood draw while I went to Mammography.  The blood draw area at the cancer center was packed. The tech you receive to draw your blood is randomly chosen out of many, many techs on duty.   Diann’s name was called.  The woman who would draw her blood on her last chemo infusion day was also named “Joy.”

Diann then went on to chemo, mom went to her appointment, and simultaneously in my exam room, Dr. Hayes had just reviewed my “CLEAR MAMMOGRAM” results from my remaining breast which had been administered earlier that morning.   Dr. Hayes questioned me, “Can you believe it has been four years since your diagnosis?”  I laughed and said, “I never thought I would be here four years later.”  Dr. Hayes sort of shrugged his shoulders, his body language saying he hadn’t been too sure either!   We have developed a doctor/patient rapport over the years and he jokingly said, “I should send you a fruit basket or something because of all the business you’ve brought us.”  I bantered back, “Absolutely you should.  I used to have a day away coming to Ann Arbor for medical appointments, now I have to bring the whole family with me!”

After test results, more appointment scheduling, reviews of Diann’s radiation schedule, a flu shot, the chemo drugs arriving an hour earlier than usual, and a myriad of future tests and evaluations for genetic testing, Diann, mom and I met up again in the blood draw area to walk together to the car.

While exiting the parking garage and handing over 50 cents to a new garage attendant,  I casually asked him, “Where should we go to lunch?  We have to celebrate my sister’s last chemo.”   Ann Arbor is known to be one of the restaurant capitals of the world, so I was expecting him to say somewhere close to the hospital.  Instead, the young man said that his favorite restaurant was 20 miles south.  I responded that we were headed south, so tell me the name of the restaurant.   He responded “Roy’s.”

In the car there was an immediate gasp, a knowing smile, and I saw tears fill Diann’s eyes.  You see, Roy, is the name of our beloved father/husband who died 16 years ago from pancreatic cancer.  My dad wanted us to know he, too, was in on the celebratory events of the day!

What a day of coincidences and good news.  Plus, two Joys and a Roy brought us much hope and encouragement!

speaking of seasons, check out the new hats arriving

for fall winter at http://www.hellocourage.com

30% additional off – Discount BLOG at checkout

SEARCH this Blog (over 200 posts) for Breast Cancer Topics

Award from Feedspot—-Top 15 Chemo Blogs on the Web 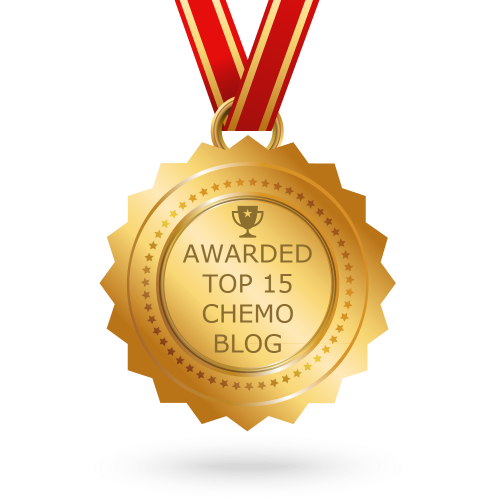 I started this Blog on the day of my diagnosis with Stage 3 Triple Positive Cancer. Little did I know within the next 3 years my mom would be diagnosed with Stage 1 Breast Cancer, followed by my only sibling, my sister and best friend with Stage 3 Breast Cancer. I've documented every step along the Breast Cancer path - Mastectomies, Chemotherapy, Radiation, Herceptin, Hormone Therapy, Aromatase Inhibitors, my sister's reconstructive sugery and transition to Cancer Survivors. I want to help others going through this overwhelming and frightening journey. I want to help you and give you hope.